When the construction of the "crooked house" in Żeleźnikowa near Nowy Sacz started, its form was hotly debated among residents. Some people bet that it was a nightclub others expected it to be a new chapel of Jehovah's Witnesses. They were also supporters of an inn or a car dealership. No one took into consideration the option that it could be a single-family house that Jakub Potoczek, a designer from Nowy Sącz, designed for himself.

Does it take a lot of courage to build such an extravagant house in a small mountain village like this?

An architect must not be afraid to pursue their visions simply because they deviate from the generally accepted canons. My house has aroused great interest from the beginning and induced general commotion. However,  inhabitants of  Żeleźnikowa have accepted the eccentric neighbourhood over time. But for tourists visiting the Sądecczyzna region, this is curiosity, kind of weirdness  of a "mad architect" that must be seen. Residents have become accustomed to questions about the crooked house, also called the house in the shape of a boat, or an inverted house.

You define your home as variations on the mountains.

Using the language of architectural abstraction, I adjusted the existing landscape. The entire block of the building refers to a solid rock. It is a rotated cube, cast in the abstract form of sandstone slate. The roof is a combination of rusty sheet metal and stainless steel, these are the gentle slopes of the Beskid and Tatras sharp ridges. My house expresses the need to learn from tradition as a straightforward mix with its outright denial and unwillingness to design another building with a pitched roof.

An architect can be a real artist, who in the designed project achieves their saturated with abstraction visions and dreams. Your visions have to be translated into reality. The construction of this house was supposed to be a type of an experiment performed for the first time. For sure,  this project  required a special team of professionals.

Contrary to appearances, it was not that hard to find one. I reached for a team of construction workers from a nearby small village of Cieniawa. They were ordinary professionals, building typical houses but when it turned out that I want to throw them in at the deep end, they took it as a challenge. In my house, there are no right angles, everything is curved or oval. Staircase leading to the second floor is also quite extraordinary. It is a span design which uses more steel than concrete. Thanks to this, steps  are only 9cm thick. We are confronted with an unusual spherical overlap also in the living room. Of course, flat drawings were not enough. The construction work would not be possible without my colleague who did  the visualizations with precise cross sections. 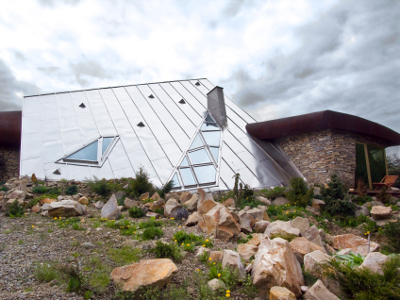 Your house is full of light.  This can be attributed to the totally non-standard roof windows,  merged into the steel roof structure depicting mountains. Making these windows must have been a great challenge for the manufacturer. Was it difficult to find the right producer?

I submitted the project to the two largest manufacturers of roof windows. Only FAKRO responded to this offer. I have heard that they are able to realize even the most unusual orders. When the team from the company showed up at my place, I was amazed that no one was surprised at anything. They behaved as befits a professional. In addition to this, I was offered a reasonable price and comprehensive service.

Were the specialists from FAKRO long puzzling over how to achieve your architectural visions? After all, each of these roof windows has a different shape. This is a whole range of geometric figures: diamonds, triangles and trapezoids. In addition, there is this complicated system of window combinations in the roof which must be safe and functional.

All done quickly and professionally. Within just two weeks, the designs were ready and after a month the team from FAKRO installed the windows. Of course, there was still some need for modifications and refinement of my ideas in detail but my concept was fully preserved. The big challenge for FAKRO constructors was to design and manufacture such unusual windows that had to be at the same time functional. Please look at the windows, there are no right angles to be seen yet they open just fine. 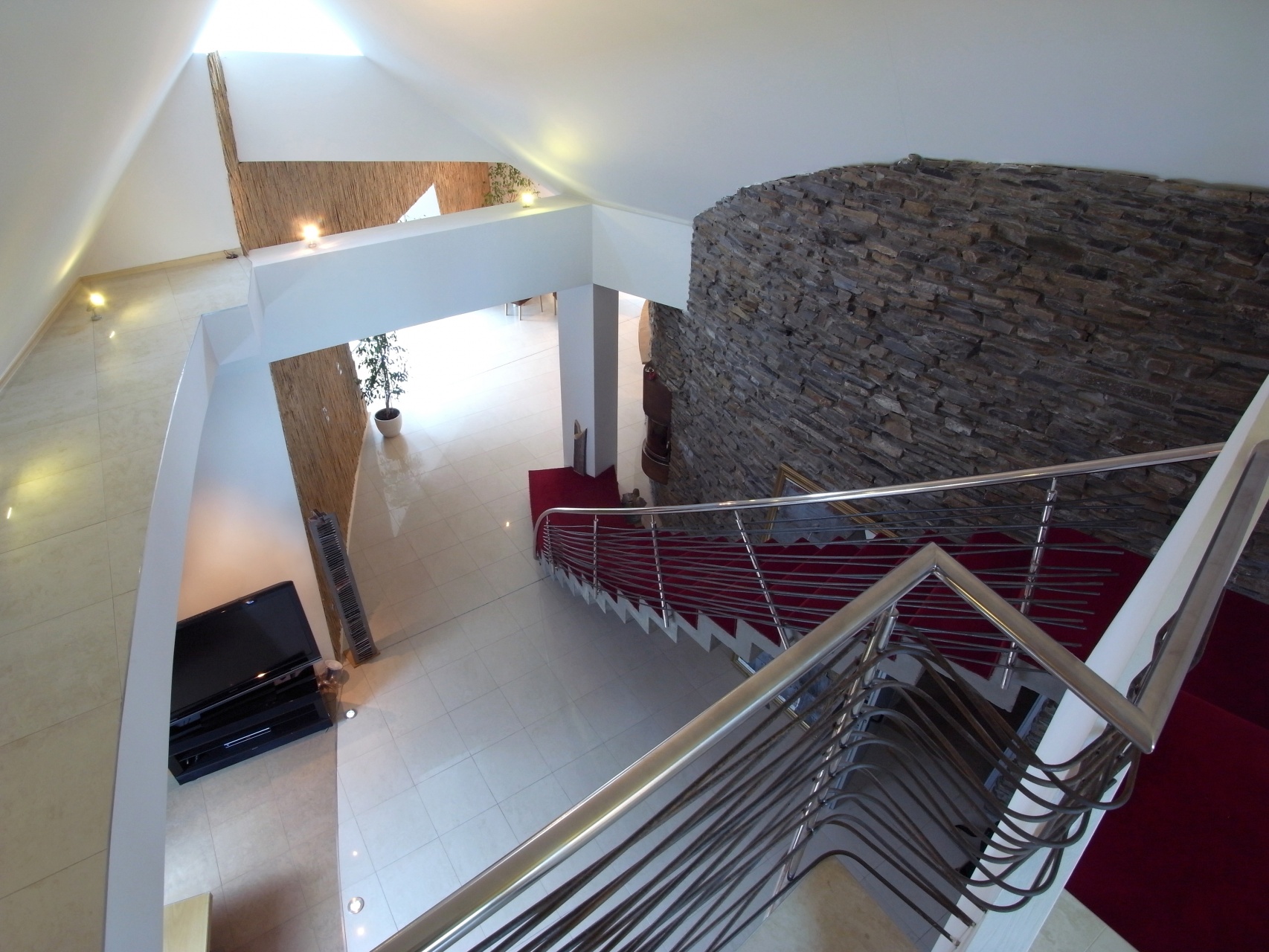 It must have been a real obstacle course for FAKRO

Well, yes. My roof windows in no way correspond to those which can be found in other houses. But at my place, there are no "standard solutions". Some windows are in the roof, which is against the counter slope. I know that no one else in the world offers such solutions, yet FAKRO have succeeded. An additional difficulty was the metal cladding of windows. It had to be made not of    aluminium but of  stainless steel that was used over the entire roof surface. The real challenge for FAKRO production engineers was to make the flashing using sheet metal with a thickness of 1mm which I provided. I think this must have given them a hard time but they did not let it come to the surface. Another challenge was mounting the flashing around the window, which almost touches the chimney and enters the roof slope, breaking its surface into two parts. It is in this break that the windows are situated, forming a large glazed area of the roof. This flashing is a true masterpiece. In my house even during the most torrential rains did not appear any even the slightest leakage. The windows are performing flawlessly, perfectly fulfilling their role for almost ten years now.

Your house is a proof that you love being different and really enjoy going against the current architectural trends.

It's true. For this reason, some people brand me with infamy, while others actually like my architectural visions. The structures I build always cause a wave of discussion. This was the case with the building in Rytro which I designed, where a company manufacturing aluminium joinery has its seat. This project completed a few years ago is a continuation of my architectural variations on the mountains. Equally unusual is the nearby petrol station. In Spytkowice, near Nowy Targ, Mrs CEO wanted to have a modern bank. I did a project in stainless steel, a type of impression on oscypek regional cheese and highlander's axe. These are just some of my projects. Well, some more are still coming ...