Quality of the natural light in aggressive environment

The new headquarters of the Regional Council of Puglia were completed in mid-2017 with FTU-V P5 White Polyurethane-Coated (PU) Centre Pivot Windows with Anti-Burglary Glazing installed in the mixed use building.

The winner of an international design competition, Mirizzi Architetti Associati’s new Regional Council of Puglia is considered to be one of the most important construction projects in Italy in recent times. Located in the south east of Bari city centre close to the Adriatic coast, the new building consists of two semi-circular elements which enclose the entrance and a large glazed atrium in which the assembly room is located. 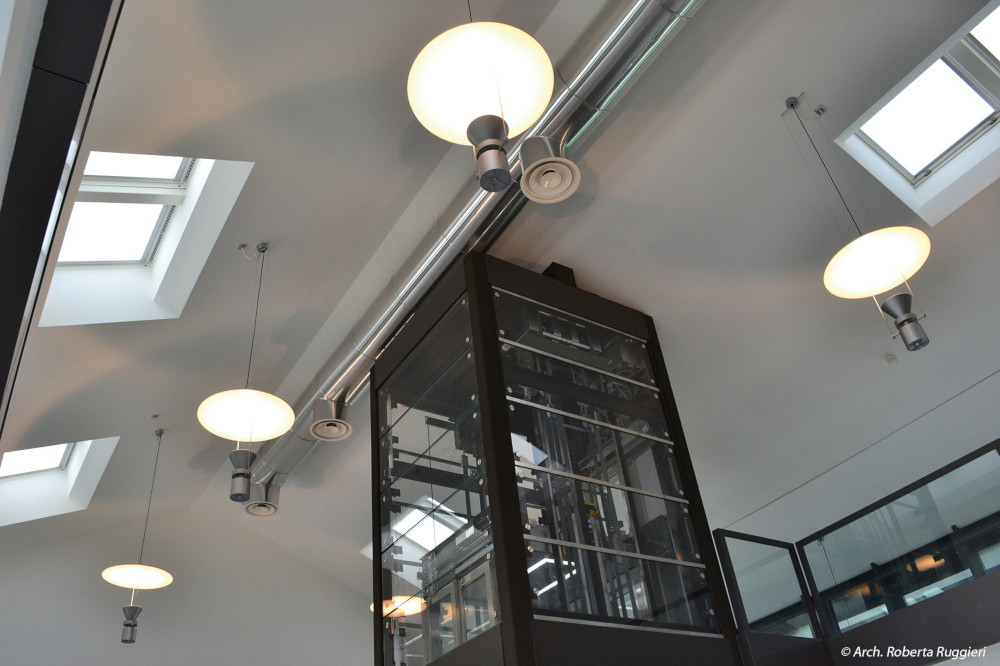 The predominantly flat roof development is consistent with the Bari skyline, with glass façades and roof predominating, in combination with locally sourced materials. The complex includes additional elements which house services for the mixed use building. Their construction follows demolition of a former warehouse and serve to maintain a link with the past and an area for ceremonial military displays.

The location and style of the former building is characterized by a gable roof with large format roof tiles supported by steel trusses. The designers have reconfigured the interior to provide offices and open plan work spaces on two levels. With a floor area of around 90 metres by 15, these are adjacent to the foyer and hall which will provide space for meetings and conferences.

“Research of the building’s cultural identity – explains architect Luigi Mirizzi – meant there was a need to combine the large areas of open space using glazing to provide natural light. The balance between spatial and functional coherence has been solved by revisiting the traditional typology and functionality and adapting them in an way which was clearly an articulation of a large municipal building.”

The gable roof has windows manufactured by FAKRO to improve natural lighting of rooms below while providing controlled shading to mitigate solar gain.

“The building is just a stone’s throw from the sea, so is exposed to prevailing winds and intense summer sunshine in a highly aggressive saline environment. As a result, performance requirements for the roof windows mean they have to provide lasting performance and low maintenance requirements as well as exceptional airtightness and thermal insulation. In addition, factors that influenced choice of FAKRO roof windows were their quality, cost, ease of installation and excellent technical support throughout the project.” – comments architect Luigi Mirizzi.

Now that the project is complete, how satisfied is the client?

"We are more than satisfied with the aesthetic, technical and functional result achieved."

On the roof, a total of 62 FTU-V P5 roof windows were installed in combination modules of two along the gable. They not only provide natural light but a distinctive visual aesthetic, functional convenience and optimum comfort for those within the building.

The U-value of 0.97 W/m2K provide a high standard of thermal insulation while the FAKRO topSafe® system of hinge and lock reinforcement and class P2A anti-burglary glazing units provide security for the building and safety for those working on the roof. The window frames are made from close-grain northern pine, vacuum-impregnated internally and finished with 3 coats of white polyurethane. 58 of the windows are manually operated while the remaining 4 are equipped with Z-Wave functionality which enables them to be operated by remote alongside blinds and other compatible electrical appliances, while enabling control of solar gain and radiation. They also have a rain sensor to activate automatic closure.